How to choose a motorcycle helmet that suits you (Standards) 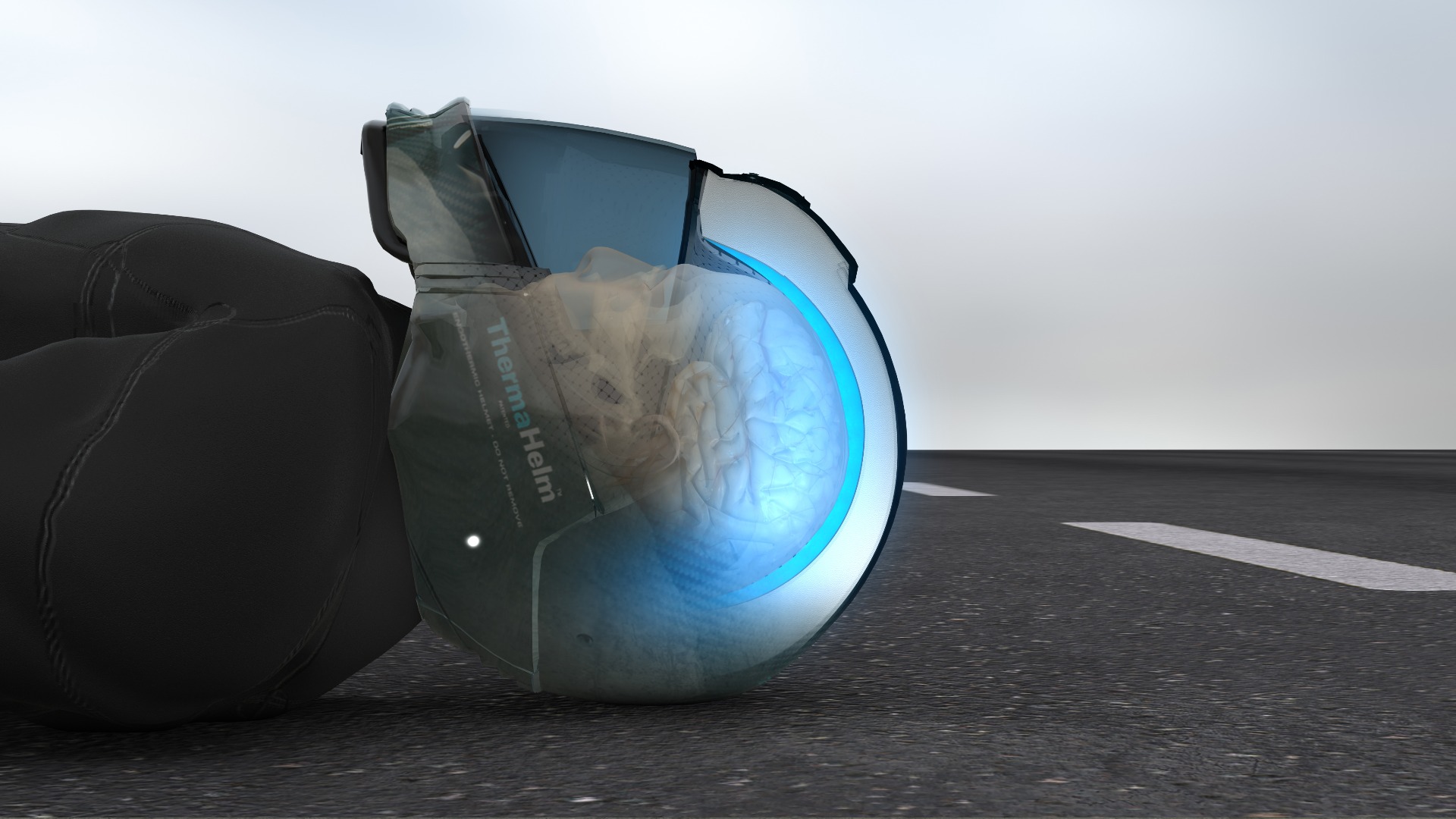 Therefore, the most important function of the helmet is to reduce the speed at which the brain tissue hits the skull. In the safety test of the helmet, the G value of the acceleration is generally used to quantify it. The testing of the major standards for helmet testing is to place sensors in the helmet, let it free-falling down with different heights, angles and different test methods, to hit the sharp metal, or to detect how much the G value of the inner layer of the helmet is subjected to when the helmet encounters an obstacle and stops moving rapidly during the movement. In addition to the free-fall test, there is also a penetration test - to test whether the sharp object will penetrate the helmet or not. Besides that, there are also drop tests, deformation test and buckle tests, etc., they are set up to fetches the data of helmet deformation, buckling deformation, or just test whether the helmet will fall off easily. Regarding these standards, it is impossible to fully explain, otherwise it will be a long-term discussion of disaster level. So I’m going to pick a few more influential standards and talk a little.

This should be one of the most common helmet safety standards, and even the most misunderstood one. DOT is the English abbreviation of the US Department of Transportation. It is a mandatory requirement of the US government for helmets sold in the country. Overall, the certification is comprehensive. 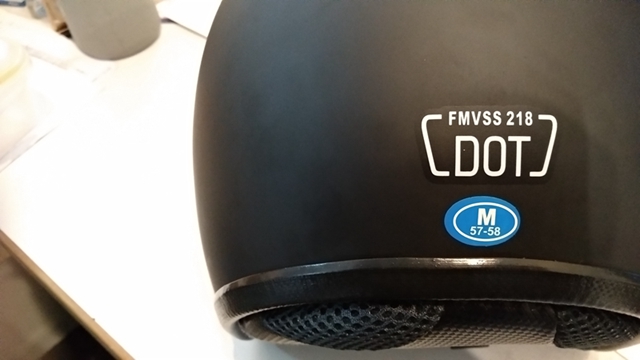 DOT helmet testing includes impact attenuation testing, helmet mounting system testing, and penetration testing. DOT pays particular attention to the penetration test of the helmet, which can protect the safety of the racer's helmet to some extent (but during daily riding, the penetration damage is actually not much, so this is still worth discussing ). In terms of the protection area of the head, DOT requirements are relatively low compared to European and Chinese standards. So we will see that most of the half helmets are DOT certified, but they are difficult to meet their specified safety standards in other standards. For example, the SHARP test does not include half helmets in the test.

Another aspect of DOT standard which is criticized widely is that DOT adopts self-approval pattern, and the manufacturer conducts its own certification test. These helmets will only be randomly sampled by DOT organization after launch. In other words, manufacturers can put the DOT logo on the back of the helmets as long as they think their products meet the DOT standard. This point has been exploited by many unscrupulous manufacturers, so the helmet with the DOT logo is of mixed quality.

It should be noted that DOT certification generally uses a D-Ring strap helmet design. SHARP is a non-profit organization affiliated with the UK government that tests the safety of motorcycle helmets. The test method is simple and rude - directly impact them! The British are more realistic about the issue of helmet safety. In the same position of the same helmet, they will impact with three different accelerations, then change to another parts and impact again. In general, a helmet has to undergo more than a dozen impacts to arrive at a safe conclusion about the helmet.

Therefore, this test is a more authoritative, comprehensive and grounded safety test. The helmets that have passed this test will be marked with a safety rating ranging from one star to five stars, with one star being the lowest and five stars being the highest. In general, we can buy SHARP five-star helmets on the market, basically all of them are above 800 NZ dollars.

When shopping, if you see the sharp logo on the helmet sticker, it is a helmet certified by SHARP.

How to check a certain brand model of the helmet to reach the SHARP standard? Just click on the official website below, on the right side of the homepage, click on the manufacturer, select the brand model, and then click Search below to see the result. 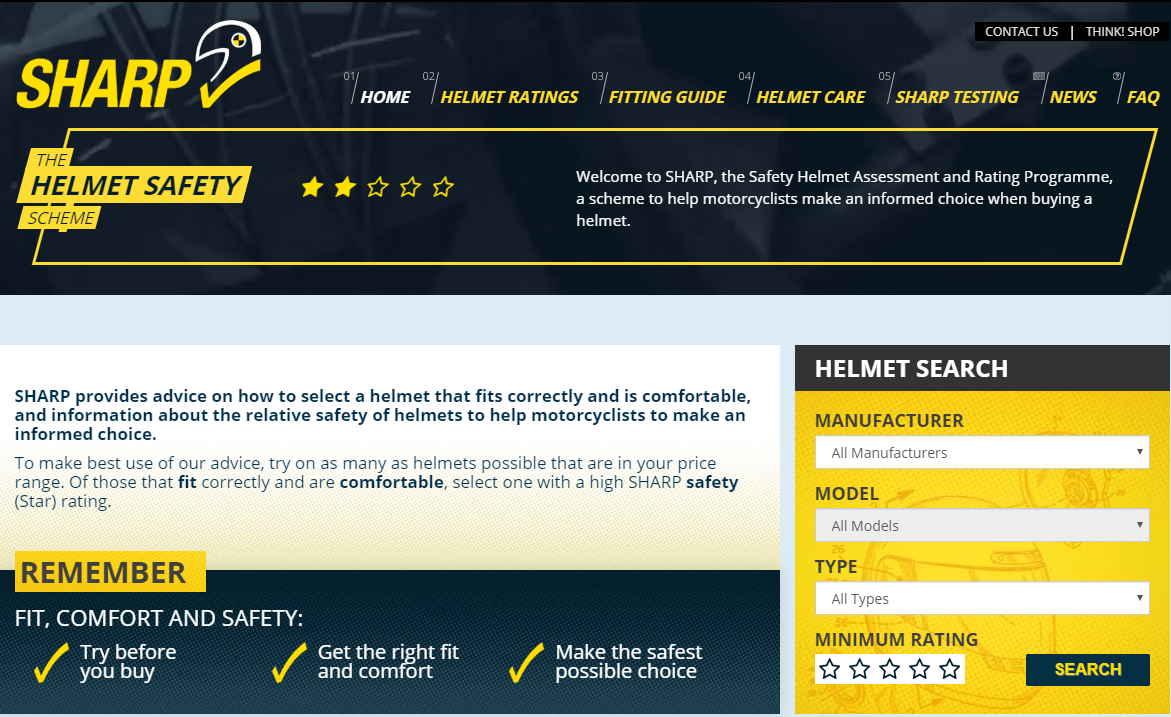 It should be noted that SHARP only tests full face helmet and flip up helmets.

ECE is the abbreviation of the Economic Commission of the European Union. The helmet ECE standard usually stands for ECE 22.05, 22.05 specifically refers to the helmet safety standard part.

This certification standard is the entry permit for helmets in Europe. It is also the most versatile helmet standard in the world. More than 50 countries around the world require helmets that pass the ECE22.05 standard. Almost all motorcycle races (AMA, WERA, FIM, CCS, Formula USA, MotoGP) recognize the ECE 22.05 standard. Therefore, for a long time, the majority of riders' recognition of ECE22.05 far exceeds other standards.

The ECE22.05 standard is a very comprehensive certification standard. It not only has strict requirements for the safety of the helmet itself but also has corresponding regulations for related accessories. Such as mask lenses and buckles. Incidentally, ECE requires helmet manufacturers to purchase test equipment that meets their requirements, but the whole set of this equipment is generally too expensive to the small workshops. So it is a kind of entry barrier, and some small workshops are stuck outside this standard.

When purchasing the helmet of the ECE22.05 standard, we need to pay special attention to the following places:

1. Lens. Generally there is a row of codes in the upper left or upper right corner of the lens. Usually a circle with Ex (x is a number between 1 and 13) and a 6-digit number after the circle;

2. The lower part of the helmet back is usually labeled with ECE22.05, indicating the size of the helmet, suitable for head circumference, weight and other information. (The ECE22.05 standard has a detailed specification on the weight of the helmet. Each type of helmets should match its specific weight range.)

4. A helmet passed the ECE22.05 standard usually has a plug-type buckle, which is easier to untie and tie, unlike the DOT double-ring buckle.

A helmet with all the above four points can be basically judged as ECE certified helmet. 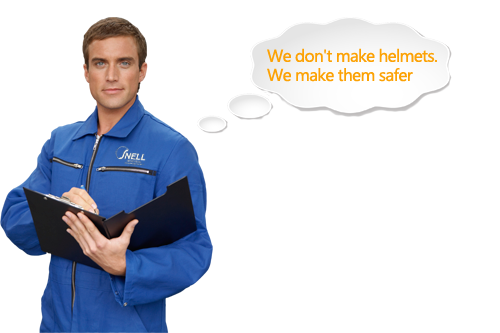 The SNELL certification body is a non-profit third party organization. Founded in 1957. At the time, a driver named Pete William Snell died in an accident. In commemoration of Snell after his death, the certification body was created, aiming to improve the safety of helmets and popularize helmet safety knowledge. At present, SNELL certification has been recognized by AMA, NASCAR, SCCA, FIA, FIM and other motorcycle racing parties

Although they are all American safety standards, SNELL is really different from DOT. The biggest difference is the management method. After the product passes the SNELL test, SNELL will continue to buy products with SNELL standards from the market, and test them strictly again (but SNELL officially did not announce the punishment of the failed products). On the other hand, SNELL also accepts prototype helmet testing, while other standards only accept tests on the helmets sold on the market.

SNELL believes that a healthy adult can withstand the impact of 400G-600G. Therefore, their security standards are based on 300G (DOT is based on 400G, so it can be seen from this point that the DOT standard is relatively loose).

SNELL certification is very complicated and detailed. Every detail of the helmet and the conditions encountered in use have corresponding standards and are updated every 5 years. Currently available M2005/M2010/M2015 certified helmets, M2005 is too strict, so recently M2010 and M2015 standard helmets are more common on the market. By the way, M2020 certification standards have also been developed now, if you are interested, you can click on this link to download. M2020 STANDARD FOR PROTECTIVE HEADGEAR

FIM is the abbreviation of Fédération Internationale de Motocyclisme, also known as the International Motorsport. FIM is in charge of the world's top motorcycle races such as Moto GP and WSBK. Its status is equivalent to the FIA of the racing world (in charge of F1, FE, Le Mans 24 hours and other international top events). FIM has already officially launched the official helmet safety certification standard FRHPhe 01 (FIM Racing Homologation Program for Helmets) in July 2019, and now it is launching an exploration phase in September 2019 to determine which would be the requirements for the new FRHPhe-02 regulation. (The latest version of FRHPhe 01 is linked here.) 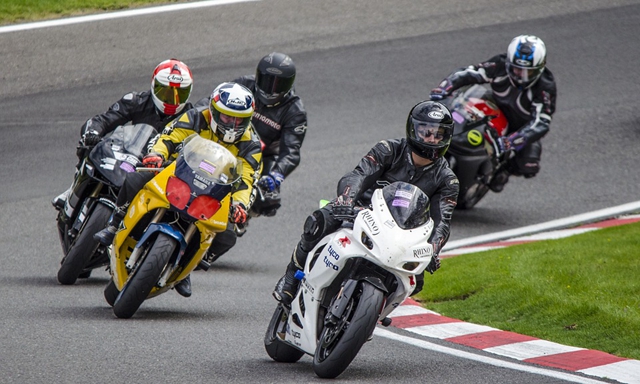 In other words, from 2019 onwards all rider helmets participating in FIM's events will need to pass the FRHPhe safety standard certification. Existing brand helmets, whether you have passed SNELL or other certification standards, need to re-take the test before they can be used in the competition.

The FIM test method is to randomly select 13 points of the 22 test points on a helmet for testing. Evaluate the extent of its prevention of skull fractures, buffering of EPS and lining, and puncture resistance testing.

FRHPhe is more stringent than SNELL in terms of safety standards. Because of this standard, it is formulated for the world's highest level of motorsports. Therefore, the FRHPhe standard helmet can be said to be the safest motorcycle helmet in the world.

In theory, FRHPhe is definitely the most demanding because it is mainly for top motorcycle races. But for our average rider, it is currently only a reference.

In our daily life, as long as you can ensure that the helmet is SNELL, SHARP, or ECE certified, you do not need to worry about the safety of the helmet. If you lower the standard, the helmet which is only certified by DOT can still achieve basic security. 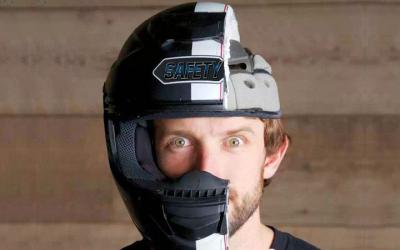 How to choose a motorcycle helmet that suits you (Common Types)

Posted on August 27, 2019| Posted in Equipment discussion| By: Jun Yang How To Determine Helmet Size

How to choose a motorcycle helmet that suits you (Standards) August 29, 2019

How to choose a motorcycle helmet that suits you (Common Types) August 27, 2019

How to choose a motorcycle helmet that suits you (Standards) August 29, 2019

How to choose a motorcycle helmet that suits you (Common Types) August 27, 2019